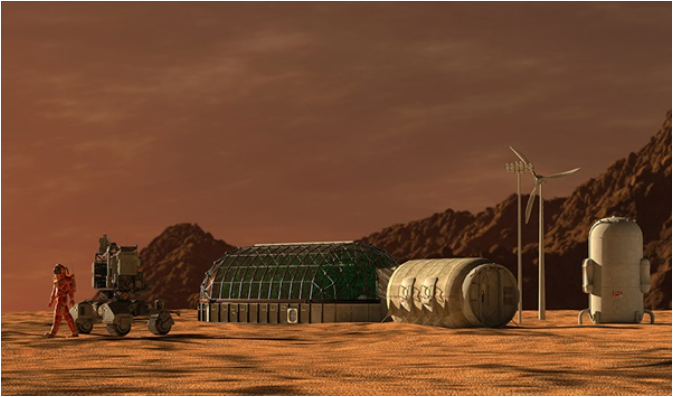 Artist's rendition of a future colony on Mars., e71lena via Shutterstock

(Inside Science) -- Mars is known for its dust storms, which can cause problems for lander equipment and block out the sun that fuels solar panels. These punishing storms, which can last for weeks, have already caused damage to equipment and even killed NASA’s Opportunity rover. But they could also be dangerous to astronauts on the ground, who would rely on solar power for oxygen, heat, and water cleansing during future missions.

Vera Schorbach, a professor of wind energy at the Hamburg University of Applied Sciences in Germany, was curious to see whether wind turbines could harness the power of these storms, filling in for solar panels on the Red Planet during times of need.

"I asked myself, 'Why don't they have a wind turbine if they have dust storms,'" said Schorbach, the lead author of a study about the potential for wind power on Mars published recently in the journal Acta Astronautica.