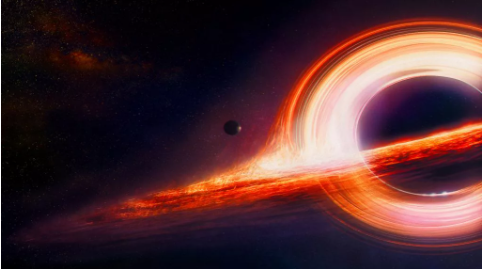 An illustration of a black hole and its event horizon. (Image credit: Nicholas Forder/Future Publishing)

"Small" black holes are estimated to make up 1% of the universe's matter.

Scientists have estimated the number of "small" black holes in the universe. And no surprise: It's a lot.

This number might seem impossible to calculate; after all, spotting black holes is not exactly the simplest task. Because there are as pitch-black as the space they lurk in, the light swallowing cosmic goliaths can be detected only under the most extraordinary circumstances — like when they're bending the light around them, snacking on the unfortunate gases and stars that stray too close, or spiraling toward enormous collisions that unleash gravitational waves.

But that hasn't stopped scientists from finding some ingenious ways to guess the number. Using a new method, outlined Jan. 12 in The Astrophysical Journal, a team of astrophysicists has produced a fresh estimate for the number of stellar-mass black holes — those with masses 5 to 10 times that of the sun — in the universe.

So how did the scientists arrive at that number? By tracking the evolution of stars in our universe they estimated how often the stars — either on their own or paired into binary systems — would transform into black holes, said first author Alex Sicilia, an astrophysicist at the International School of Advanced Studies (SISSA) in Trieste, Italy.