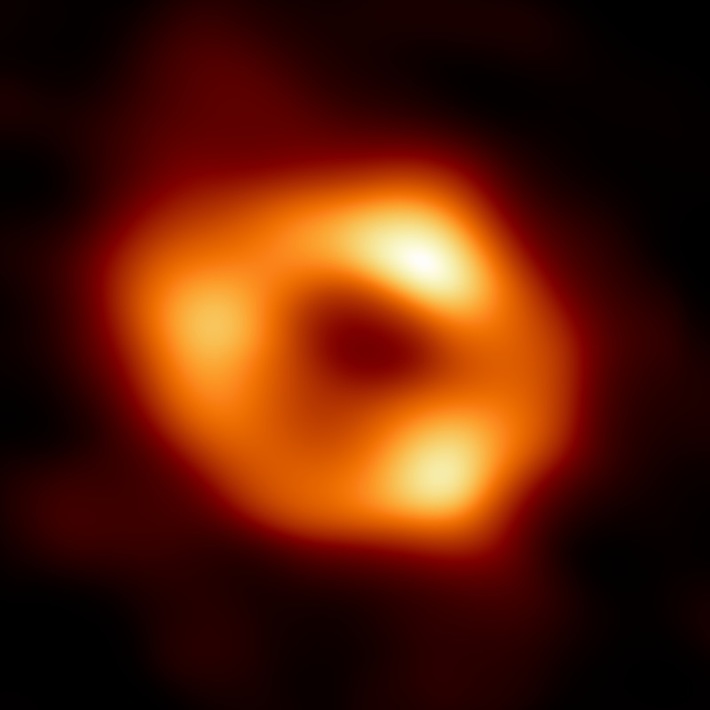 The first direct image of the Milky Way's supermassive black hole shows an orange glowing ring — gas heated as it falls into the singularity — with the shadow of the black hole at the center. EHT Collaboration

In a triumph of observation and data processing, astronomers at the Event Horizon Telescope have captured the first-ever picture of the supermassive black hole at the center of the Milky Way Galaxy.

The black hole is named Sagittarius A* (pronounced “A-star”), and the reveal of its image received an international rollout this morning in simultaneous press conferences held by the National Science Foundation (NSF) at the National Press Club in Washington, D.C., and the European Southern Observatory headquarters in Garching, Germany.

The image represents 3.5 million gigabytes of data taken at millimeter wavelengths by eight radio telescopes around the world. “It took several years to refine our image and confirm what we had,” said Feryal Özel, an astronomer at the University of Arizona in Tucson, at the NSF press conference. “But we prevailed.”

Blackhole at the center of Milky Way imaged for the first time, Mark Zastrow, Astronomy