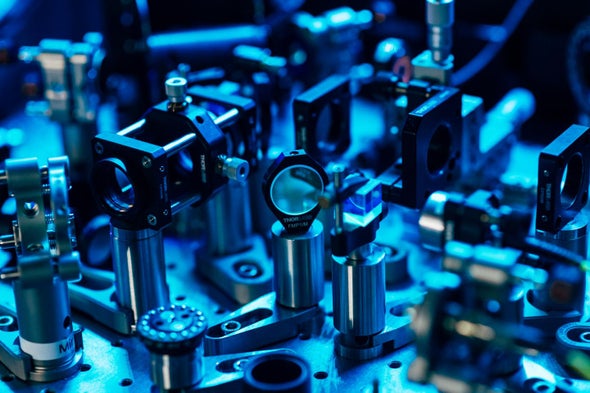 Quantum physics experiment has demonstrated an important step toward achieving quantum cryptography among many users, an essential requirement for a secure quantum Internet. Credit: ÖAW and Klaus Pichler Getty Images

Quantum cryptography promises a future in which computers communicate with one another over ultrasecure links using the razzle-dazzle of quantum physics. But scaling up the breakthroughs in research labs to networks with a large number of nodes has proved difficult. Now an international team of researchers has built a scalable city-wide quantum network to share keys for encrypting messages.

The network can grow in size without incurring an unreasonable escalation in the costs of expensive quantum hardware. Also, this system does not require any node to be trustworthy, thus removing any security-sapping weak links.

“We have tested it both in the laboratory and in deployed fibers across the city of Bristol” in England, says Siddarth Koduru Joshi of the University of Bristol. He and his colleagues demonstrated their ideas using a quantum network with eight nodes in which the most distant nodes were 17 kilometers apart, as measured by the length of the optical fiber connecting them. The team’s findings appeared in Science Advances on September 2.