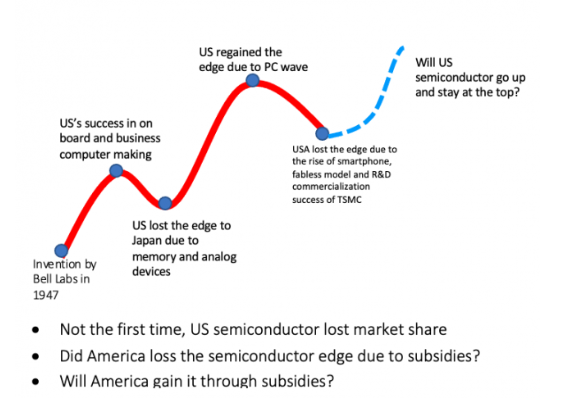 Massive subsidies to regain the edge of the US semiconductor industry will not likely succeed unless progress is made in winning the global race of idea flow and monetization.

Intelligent use of subsidies for winning the global idea race is a must for gaining and regaining semiconductor edge.

The US semiconductor industry started with the invention of Bell Labs. Subsequently, it attained supremacy in semiconductor production due to the success of making computers better and cheaper. Notably, the rise of the PC wave made Intel and Silicon Valley seemingly unsinkable technology superpowers. But during the first two decades of the 21st century, America has lost it. The USA now relies on Asia to import the most advanced chips. Its iconic Intel is now a couple of technology generation behind Asia’s TSMC and Samsung.

Furthermore, China’s aggressive move has added momentum to America’s despair, triggering a chip war. But why has America lost the edge? Why does it rely on TSMC and Samsung to supply the most advanced chips to power iPhones, Data centers, and Weapons? Is it due to Asian Governments’ subsidies? Or is it due to America’s failure to understand dynamics, make prudent decisions and manage technology and innovation?

Invention and rise and fall of US semiconductor supremacy

In 1947, Bell Labs of the USA invented a semiconductor device—the Transistor. Although American companies developed prototypes of Transistor radios and other consumer electronic products, they did not immediately pursue them. But American firms were very fast in using the Transistor to reinvent computers—by changing the vacuum tube technology core. Due to weight advantage, US Airforce and NASA found transistors suitable for onboard computers. Besides, the invention of integrated circuits by Fairchild and Texas instruments accelerated the weight and size reduction of digital logic circuits. Consequentially, the use of semiconductors in building onboard computers kept exponentially growing. Hence, by the end of the 1960s, the US had become a powerhouse in logic circuit semiconductors. But America remained 2nd to Japan in global production, as Japanese companies were winning the race of consumer electronics by using transistors. 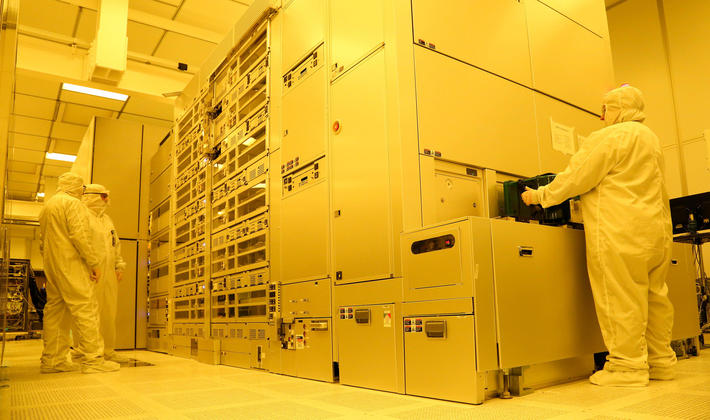 GAITHERSBURG, Md. — The U.S. Department of Commerce’s National Institute of Standards and Technology (NIST) has entered into a cooperative research and development agreement with AIM Photonics that will give chip developers a critical new tool for designing faster chips that use both optical and electrical signals to transmit information. Called integrated photonic circuits, these chips are key components in fiber-optic networks and high-performance computing facilities. They are used in laser-guided missiles, medical sensors, and other advanced technologies.

AIM Photonics, a Manufacturing USA institute, is a public-private partnership that accelerates the commercialization of new technologies for manufacturing photonic chips. The New York-based institute provides small and medium-sized businesses, academics, and government researchers access to expertise and fabrication facilities during all phases of the photonics development cycle, from design to fabrication and packaging. 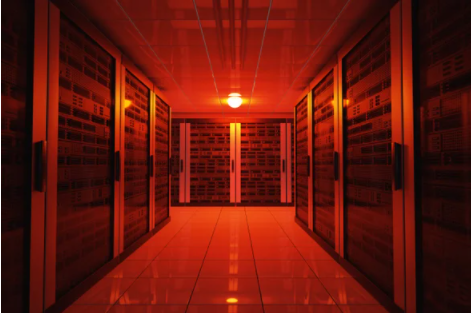 Plastic fantastic: this perovskite-based device can be reconfigured and could play an important role in artificial intelligence systems. (Courtesy: Purdue University/Rebecca McElhoe)

Researchers in the US have developed a perovskite-based device that could be used to create a high-plasticity architecture for artificial intelligence. The team, led by Shriram Ramanathan at Purdue University, has shown that the material’s electronic properties can be easily reconfigured, allowing the devices to function like artificial neurons and other components. Their results could lead to more flexible artificial-intelligence hardware that could learn much like the brain.

Artificial intelligence systems can be trained to perform a task such as voice recognition using real-world data. Today this is usually done in software, which can adapt when additional training data are provided. However, machine learning systems that are based on hardware are much more efficient and researchers have already created electronic circuits that behave like artificial neurons and synapses.

However, unlike the circuits in our brains, these electronics are not able to reconfigure themselves when presented with new training information. What is needed is a system with high plasticity, which can alter its architecture to respond efficiently to new information. 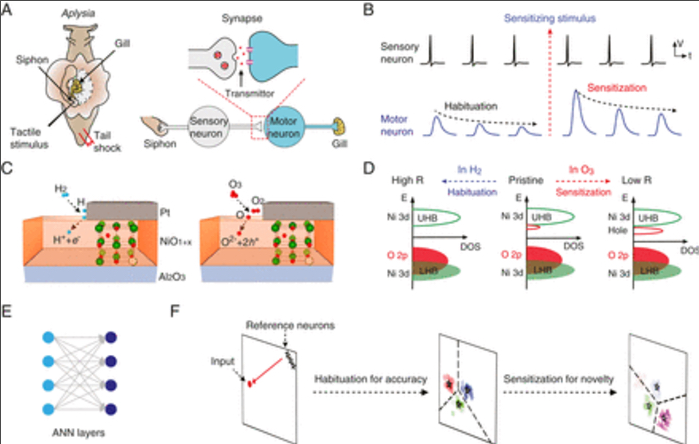 Rutgers researchers and their collaborators have found that learning - a universal feature of intelligence in living beings - can be mimicked in synthetic matter, a discovery that in turn could inspire new algorithms for artificial intelligence (AI). (Courtesy: Rutgers University-New Brunswick)

Quantum materials known as Mott insulators can “learn” to respond to external stimuli in a way that mimics animal behavior, say researchers at Rutgers University in the US. The discovery of behaviors such as habituation and sensitization in these non-living systems could lead to new algorithms for artificial intelligence (AI).

Neuromorphic, or brain-inspired, computers aim to mimic the neural systems of living species at the physical level of neurons (brain nerve cells) and synapses (the connections between neurons). Each of the 100 billion neurons in the human brain, for example, receives electrical inputs from some of its neighbors and then “fires” an electrical output to others when the sum of the inputs exceeds a certain threshold. This process, also known as “spiking”, can be reproduced in nanoscale devices such as spintronic oscillators. As well as being potentially much faster and energy-efficient than conventional computers, devices based on these neuromorphic principles might be able to learn how to perform new tasks without being directly programmed to accomplish them.

To build the metaverse, Facebook needs us to get used to smart glasses.

Last week Facebook released its new $299 “Ray-Ban Stories” glasses. Wearers can use them to record and share images and short videos, listen to music, and take calls. The people who buy these glasses will soon be out in public and private spaces, photographing and recording the rest of us, and using Facebook’s new “View” app to sort and upload that content.

My issue with these glasses is partially what they are, but mostly what they will become, and how that will change our social landscape.

How will we feel going about our lives in public, knowing that at any moment the people around us might be wearing stealth surveillance technology? People have recorded others in public for decades, but it’s gotten more difficult for the average person to detect, and Facebook’s new glasses will make it harder still since they resemble and carry the Ray-Ban brand.

That brand’s trusted legacy of “cool” could make Facebook’s glasses appeal to many more people than Snap Spectacles and other camera glasses. (Facebook also has roughly 2 billion more users than Snapchat.) And Facebook can take advantage of the global supply chain and retail outlet infrastructure of Luxottica, Ray-Ban’s parent company. This means the product won’t have to roll out slowly—even worldwide.

Why Facebook is using Ray-Ban to stake a claim on our faces, S.A. Applin, MIT Technology Review 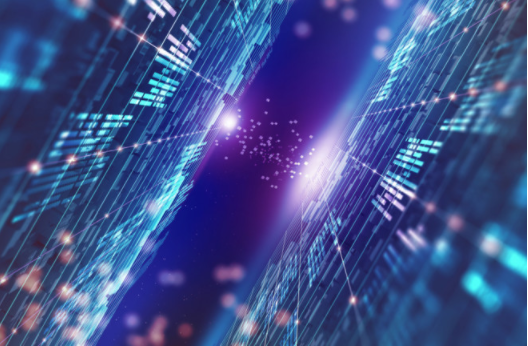