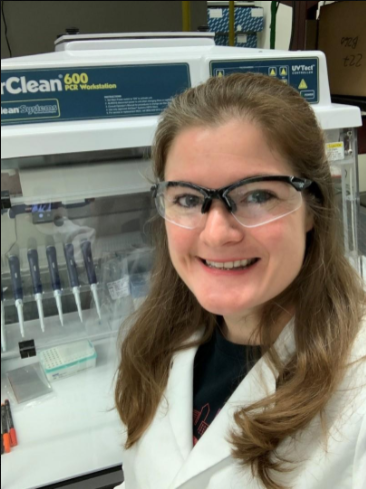 Scientists track and monitor the circulation of SARS-CoV-2, the virus that causes COVID-19, using methods based on a laboratory technique called polymerase chain reaction (PCR). Also used as the “gold standard” test to diagnose COVID-19 in individuals, PCR amplifies pieces of DNA by copying them numerous times through a series of chemical reactions. The number of cycles it takes to amplify DNA sequences of interest so that they are detectable by the PCR machine, known as the cycle threshold (Ct), is what researchers and medical professionals look at to detect the virus.

However, not all labs get the same Ct values (sometimes also called “Cq” values). In efforts to make the results more comparable between labs, the National Institute of Standards and Technology (NIST) contributed to a multiorganizational study that looked at anchoring these Ct values to a reference sample with known amounts of the virus.

Researchers published their findings in the journal PLOS One.

SARS-CoV-2 is an RNA virus: Its genetic material is single-stranded instead of double-stranded like DNA and contains some different molecular building blocks, namely uracil in place of thymine. But the PCR test only works with DNA, and labs first must convert the RNA to DNA to screen for COVID-19. For the test, RNA is isolated from a patient’s sample and combined with other ingredients, including short DNA sequences are known as primers, to transform the RNA into DNA. 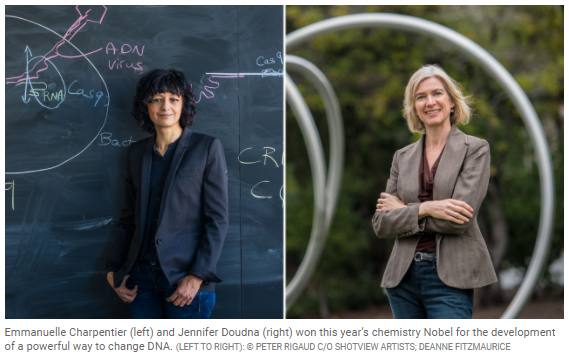 Illustration of Anthony M. Johnson working in an ultrafast laser lab; Ronald McNair playing the saxophone aboard the Challenger; Mercedes Richards in front of a computer.Illustration by Abigal Malate, American Institute of Physics

Former First Lady, Secretary of State, and Presidential Candidate Hillary Rodham Clinton said "women's rights are human rights." Comparatively, Black History is American History. The insurrection at the Capitol wasn't just white privilege on-steroids, it was ignorance writ large. Not that the information isn't in their face for twenty-eight days, twenty-nine on leap years, but an ignorance born of willfulness, arrogance, hubris, and mental deficiencies.

The Middle Passage. December 7, 1941. The Holocaust. September 11, 2001. January 6, 2021. All is a part of our history, days that shall live in infamy. Days we commemorate in ceremony, observance, remembrance, and a commitment within our souls: never again.

You don't forgive anything by shrugging, and the victims of violence never forget. We've all been experiencing posttraumatic stress disorder for four years we would LIKE to forget, but we'd rather heal from, in the light of science, and truth.

The American Psychiatric Association has never officially recognized extreme racism (as opposed to ordinary prejudice) as a mental health problem, although the issue was raised more than 30 years ago. After several racist killings in the civil rights era, a group of black psychiatrists sought to have extreme bigotry classified as a mental disorder. The association's officials rejected the recommendation, arguing that because so many Americans are racist, even extreme racism in this country is normative—a cultural problem rather than an indication of psychopathology.

The psychiatric profession's primary index for diagnosing psychiatric symptoms, the Diagnostic and Statistical Manual of Mental Disorders (DSM), does not include racism, prejudice, or bigotry in its text or index.

Therefore, there is currently no support for including extreme racism under any diagnostic category. This leads psychiatrists to think that it cannot and should not be treated in their patients.

To continue perceiving extreme racism as normative and not pathologic is to lend it legitimacy. Clearly, anyone who scapegoats a whole group of people and seeks to eliminate them to resolve his or her internal conflicts meets the criteria for a delusional disorder, a major psychiatric illness.

Is Extreme Racism a Mental Illness? Yes. It can be a delusional symptom of psychotic disorders. Alvin F Poussaint, Professor of psychiatry.

When astronaut Mae Jemison saw actress Nichelle Nichols portray Lt. Uhura on Star Trek, her life was changed forever. Seeing an African-American role model helped steer Jemison toward a goal – she was determined to join NASA and become an astronaut. Years later, Jemison achieved her goal when she made history as the first African-American woman to go into space with the U.S. space program.

Jemison’s accomplishment had positive ripple effects, and now she is cited as a source of inspiration for so many African-American students who are themselves reaching for the stars, but Jemison is not alone. There are many African-American physical scientists, such as Jedidah Isler, Hakeem Oluseyi, Chandra Precod-Weinstein, Sylvester James Gates, Tabbetha Dobbins, JC Holbrook, and so many others, who are doing important scientific work and also influencing countless students.

Diversity, equity, and inclusion are essential components to the success of our fields. In recognition of that fact, the American Institute of Physics adopted a Strategic Framework in 2019 that aims to “advance the physical sciences with a unifying voice of strength from diversity.” Further, we are committed to becoming an institution that “leads the physical sciences community toward an impactful understanding of how to be more welcoming to, and supportive of, the full diversity of physical scientists throughout their [education and] careers.” 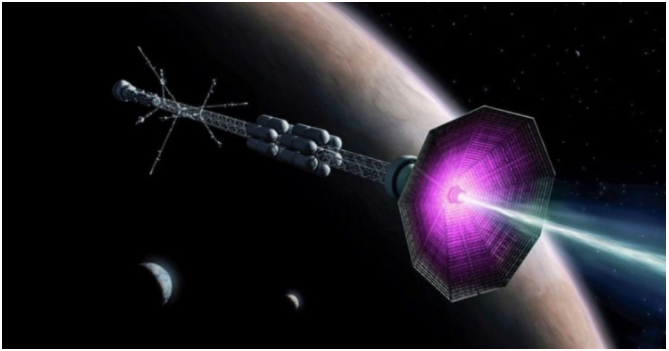 A physicist has come up with a new rocket engine thruster concept that could take people to Mars ten times more quickly.

The physicist in question, Fatima Ebrahimi, is the concept's inventor and is part of the U.S. Department of Energy’s (DOE) Princeton Plasma Physics Laboratory (PPPL).

Ebrahimi's study was published in the Journal of Plasma Physics.

An engine thruster based on solar flares

Plasma is one of the four fundamental states of matter and made of gas ions and free electrons. Our Sun is a burning ball of plasma that uses a fusion reaction, for instance. 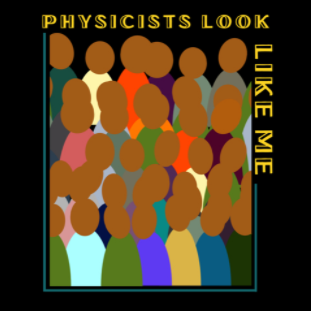 The National Society of Black Physicists stands with those that fight against systemic racism and for freedom, equality, liberty, and justice to become a reality for all of America’s citizens. Click the button below to read the statement from our president.